Dr. Peacock about his new album: “For me this is how Frenchcore is supposed to be“

The 17th of November you can find Dr. Peacock in the North Sea Venue again for a new edition of Vive La Frenchcore. However, this edition is a very special one since it’s also the release party for his newest album Acid Bomb. We talked to Steve about his 10 year anniversary and his new album.

2018 is about ’10 Years of Dr. Peacock‘: we have been enjoying Steve in de scene for a decade now. “Over the years the typical ‘Peacock style’ remained, but it definitely changed looking at quality and diversity. Dry clumsy kicks, but also pitch kicks: it depends on how my hat is standig!“  Looking at the scene, Steve thinks there have been positive and negative changes. “The Frenchcore scene has split into the ‘Early Frenchcore’ and the ‘Frenchcore of this moment’. 10 years ago it was about ‘hakken’ with everyone, a lot of underground DJ’s and the mainstream hardcore was very big. Now social media is a big deal and uptempo has gotten more popular.” 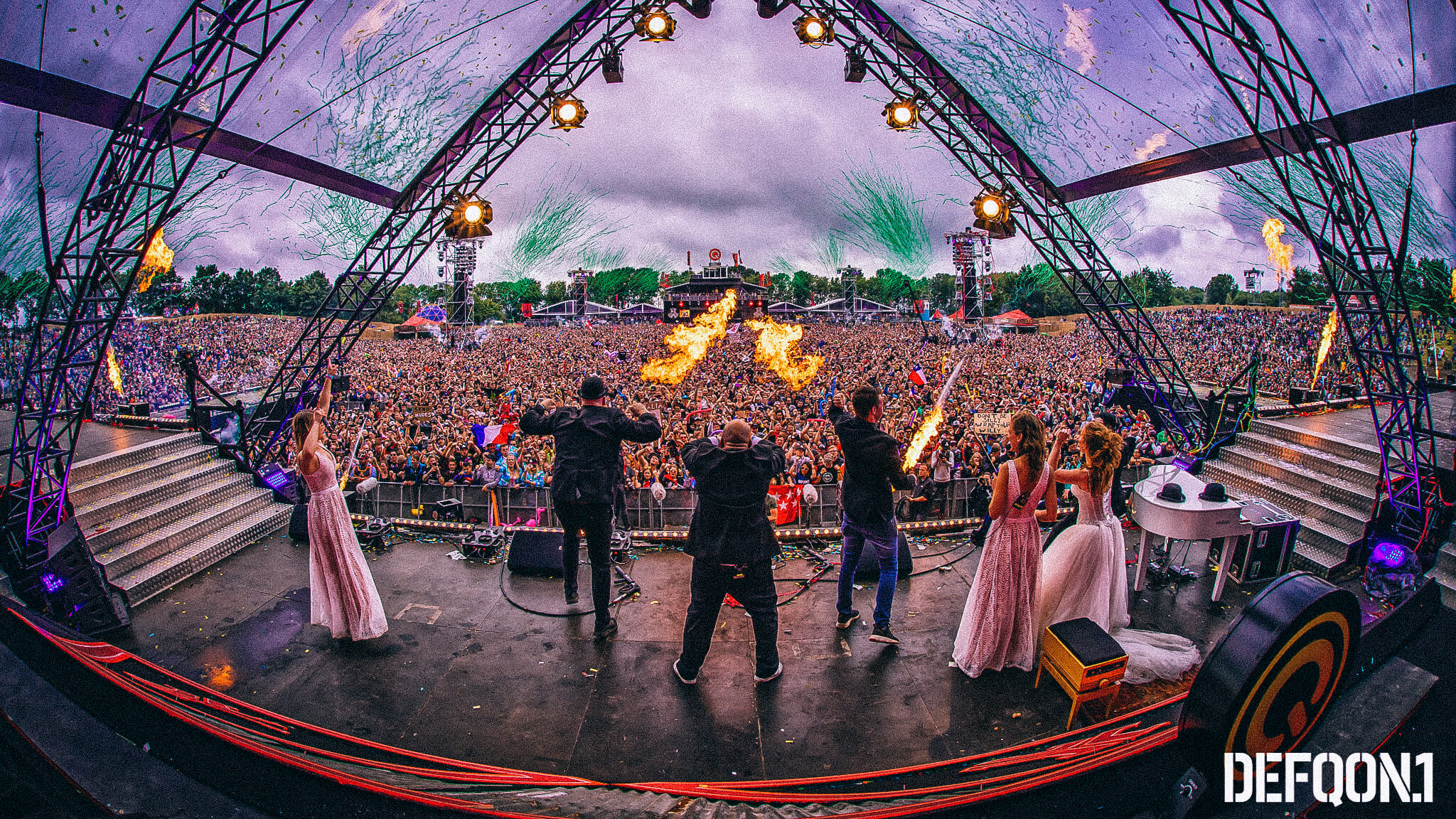 If you ask Steve about one of his highlights in 10 years of Peacock he doesn’t have to think very long about it. “Defqon 2018! To get frenchcore on the mainstage of Defqon.1 is something I didn’t even dare to dream about. The great group of people I have around me is very special to me. To perform with these live musicians and make the large crowd go wild on 200+ BPM feels amazing. Q-dance has believed in me from the start and I am very grateful for that.

Trip Around The World was Dr. Peacock’s debut album and was released at the end of 2016. “It was very cool to see how people reacted differently to this album. From ‘your music makes me feel good about life’ to ‘hey nice track bro’.“ Now, almost two years later, he is already releasing a new album. “I actually only wanted to release EP’s, since I believe there all the tracks do not get enough attention on an album. However, I got so many requests from fans to make another album, that I did it anyway!”

Steve can already tell the following about the new album: “There will be 19 new tracks! I wanted to create a diverse album, so I did loads of collabs with names like N-Vitral, Paul Elstak and Andy The Core.“ The biggest challenge of this album for Peacock was to select the tracks. “I had 34… I really want to come out with a banging album, so only songs that make me happy and that I fully support!“ This is also why the entire album will be frenchcore. “Some tracks have hardcore influences because of the collaborations, but they are definitely 100% Peacock style. Furthermore, CD2 will be a megamix with the best of 5 Years Peacock Records! It is mixed by Hyrule War and contains 200 tracks. Expect a rollercoaster of emotions and some very interesting transitions.“

The title of the album, Acid Bomb, comes from a collaboration with Dope DOD from the underground hiphop scene. “Why the title? You’ll see in the videoclip haha. That will be absurd! Crazy 2.0.“ Besides shooting this clip, the track with The Sickest Squad is where Dr. Peacock is most proud of. “I’ve put all of my emotions in it. This track takes you into space but is super hard at the same time. This is my definition of frenchcore: as it’s supposed to be.“

The last couple of years there have been countless of albums released within the harder styles. So why would be buy Steve’s new album instead of any other? “You get, in my opinion, the newest frenchcore with qualitative and out of the box collabs! There is something for everyone on the album, it’s very diverse but still the Peacock sound you would expect from me. All with a good 2.0 icing. And.. it will definitely take some time before I’ll start working on another album.“

This year completely revolved around Peacock: a 10-year anniversary, a new album, the biggest frenchcore-event ever with Peacock in Concert in the 013, the Defqon.1 mainstage and so on. Still Steve is not thinking about sitting still yet, he even has loads of things planned for the future. “I get to close down the magical Qlimax this year: unreal! For the future I want to take Peacock in Concert to a higher level, but I also want to focus on bigger events of my own. As far as productions: I got loads of ideas ready. 2019 will be a great year! Are you still in doubt about whether you want to visit Vive La Frenchcore | Dr. Peacock Album release party the 17th of November? Then listen to Steve: “What we’ll show here is a one-time thing and you will never forget it. There will be special guests, there is a sick line-up with battles such as vs Noisekick and vs Super Trash Bros, the night will be filled with an awesome show and of course I’ll do a special album set!“

Vive La Frenchcore will take place the 17th of November in the North Sea Venue in Zaandam. Tickets are still available via the website.

Since the Masters of Hardcore voting started yesterday, social media is overflown by postings, re-postings and Storys about the contest. Many artists are motivating their fans to…